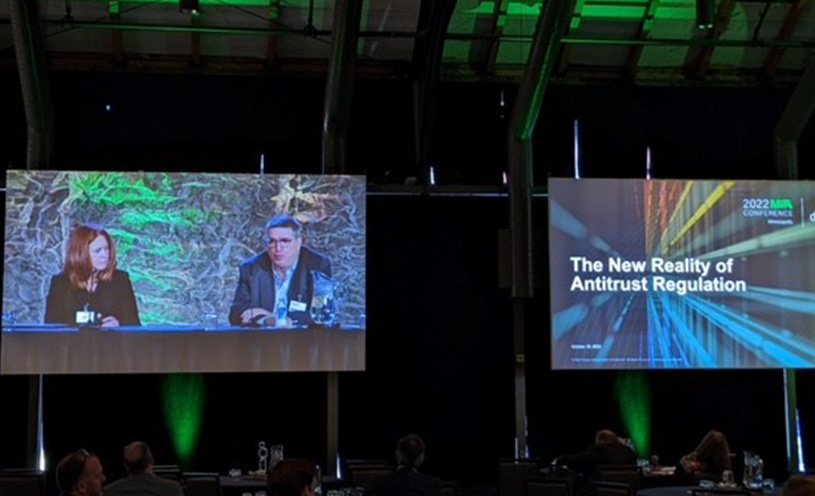 Porter’s panel was “The New Reality of Antitrust Regulation”. Porter argued that the European Commission’s use of the pre-notification consultation period to investigate deals without any time limit, along with other features of the EU merger review regime, has had the effect of not only delaying transactions but also making it nearly impossible to predict how long the EU merger review process will last.

According to Porter, the new application of Article 22 to allow the European Commission to review deals that do not meet the filing thresholds anywhere in the EU constitutes yet a further deterioration of legal certainty in EU merger control, as companies can no longer be certain if their deals might be reviewed by the Commission even after they have closed

Legal certainty was originally meant to be a hallmark of EU merger control, but this has been replaced with an increasingly uncertain system, to the serious detriment of the business community.