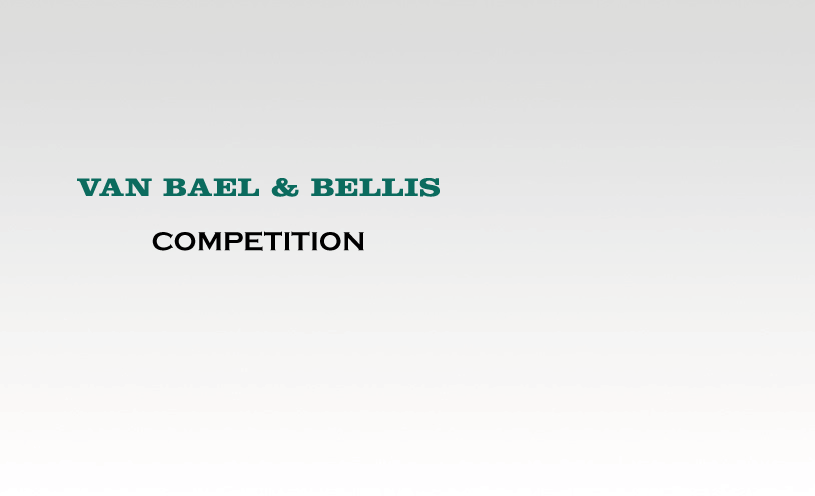 Following the successful launch of its London office last year, Van Bael & Bellis adds to the leadership of its expanding EU/UK competition team with the appointment of partner Porter Elliott as co-head of the firm’s competition law practice. Porter will work alongside senior partner Andrzej Kmiecik, appointed head of practice in 2019, in managing the growing team. Porter joined Van Bael & Bellis in 1997 and was made partner in 2005. He advises on all aspects of competition law and is one of the firm’s most experienced merger control lawyers, having advised on more than 100 transactions over the past 25 years. During his career, Porter has been involved in some of the most notable deals in the market, including Microsoft’s acquisition of Skype and the successful opposition to the proposed joint venture between BHP Billiton and Rio Tinto, both of which were recognised by Global Competition Review with matter of the year awards. He has assisted clients such as Boeing and Motorola on numerous acquisitions and acted as co-counsel for Halliburton in the EU merger control filing and review of its $34.6 billion acquisition of Baker Hughes, one of the largest and most complex transactions ever to be subject to an EU merger control proceeding. More recently, Porter advised Fincantieri on its proposed acquisition of rival shipbuilder Chantiers de l'Atlantique, one of the major EU Phase II merger reviews of 2020. He was also involved in Take-Two’s proposed acquisition of video game publisher Codemasters. Managing partner, Philippe De Baere, confirms that Porter’s appointment is part of the firm’s global growth strategy: “As one of the original European firms to specialise in competition and trade law, we are resolutely proud of our history. At the same time, we are committed to the future growth of our firm, and a key part of that is developing our leadership teams so that we can continue to provide the highest levels of service and expertise to our international clients.” Co-head of practice, Andrzej Kmiecik, comments further: “Now, more than ever, regulatory requirements are raising new and complex competition law questions for clients. As one of Brussels’ largest competition teams, our exceptional group is well positioned to meet these demands. Porter is a key member of that team and his appointment is a natural progression in the evolution of our practice.” Porter Elliott comments: “I am honoured to take on this role and work alongside Andrzej, who was my mentor for many years, as well as so many other talented lawyers in our Brussels and London offices. I am looking forward to making a meaningful contribution to the future direction of what I consider to be the premier competition practice in Europe.”